Anything we do that isn't a meet

I might be going depends on what the girl wants to do
:EDIT: she wants to go car shopping for a mazda or a ford not a subaru :(
Top

This sounds like a total blast....The weather is gonna be really bad though...how is everybody doing?. I haven't been on here for a minute...LOL.....
Top

Hey all, I guess I should not have joked about throwing up before.
Seems as if I havee jinxed myself.
If I feel fantabulous in the morning, I'll be there.
For now call me out.
Patience is the ability to idle your motor when you feel like stripping your gears
Top 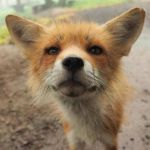 i could go for some breakfast if anyones down
Top

Well, seeing as how it was just Suzie and I, we made the best of it. Ended up getting down there around 10AM. It was still raining lightly, so we decided to go see Puss in Boots at a place like Arlington Cinema and Draft house

Good movie and a fun place to see it. We then went over to Busch Gardens and had a pretty good day. The rain had stopped and it was just cold and windy. I managed to ride everything but Apollo's Chariot. The new "Mach Tower" was really not that impressive. It does go WAY up there, but they only let you free drop for about 1/2 of the length, then it slows you down a lot and you kind of just drift down. Hopefully they tweak this for next year. They have also taken out all of the Big Bad Wolf. You can see a small coaster and maybe some other stuff going in. Hopefully it's a worthy replacement.The ended up closing the rides for a little while because of the winds, but I think they opened up later that night again. The haunted houses and atmosphere were the best they have ever been. The new owners are really sinking in a lot of money and it's obvious. The shows at night are definitely more... adult oriented now. The one in the FestHaus had naught nurses and such! They are actually doing a Christmas thing that we are considering going to. They did it last year apparently and everyone thought it was great. We didn't stay too late because we were both exhausted, but it was definitely worth the trip.
Sabre (Julian)

Glad it worked out! Breakfast was nice.

FYI, it looks like they are putting in a launch coaster for this year called Verbolten